Colin was born in Trinidad in the Caribbean. At a very young age he showed an uncanny ability to memorize music he heard on the radio and television. At the age of 12 he enrolled in the Walters School of Music's violin program and one year later won the prestigious National Music Festival in his age group as well as the Under 19 age group. At the age of 18 he led two orchestra groups to victory in the same competition.
When he was 18 he began training in oilfield technology with Texaco and went on to become the youngest refinery operator hired by Texaco in Trinidad at the age of 19.
In 1986 the petrochemical plant where Colin worked exploded landing him in hospital with severe burns over 40 percent of his body and leaving him in a coma for over a week. Miraculously, his hands. which were in gloves at the time of the incident, were unharmed. As part of his year long convalescence he started playing the violin again to regain movement in his arms.
In 1988, while on a study project in Boston, Colin was entranced by a young violinist playing in the subway for tips. This event was to change his life. He gave up his job and his homeland and began playing in the subways and streets of Boston where his reputation grew and his music flourished.
In the winter of 2004 Colin accepted an offer from Dennis Gomes, operations president for The Tropicana group of casnios to join an elite group of musicians at 'The Quarter', the retail, dinning & entertainment resort and latest addition to the Tropicana Casino in Atlantic City. He performed there from its opening in December 2004 until June 2006.
He spent from 2008 to 2010 in Indiana performing at Indiana Live,Hoosier Park, Majestic Star and Belterra Casinos.
In December of 2010 Colin and Wendy made their way back to New Jersey to accept an offer to be resident violinist for Resorts Casino in Atlantic City.
In August of 2013 Colin, Wendy and brand new daughter Aileena made their way back to Indiana where they now reside. Colin is once again performing for numerous casinos and private parties in the Hoosier state.​ You can visit Colin's website at: www.colingmatthews.com

Amanda was brought up in Florida near Orlando. She started playing the violin in the 5th grade, and had great string programs during junior and senior high school. She earned a Bachelor degree in Music Education and performance, and a Masters in Music Education and Performance. Amanda attended the Spoleto Festival in Spoleto, Italy, a festival in Graz, Austria, and has taught in the public schools in Cork, Ireland, and in Pinellas County, Florida.

From 1981-2000, Amanda played in the Florida Orchestra, under the baton of Irwin Hoffman, Jahja Ling, Skitch Henderson, Bobby McFerrin, Aaron Copland, and Joseph Silverstein. She has performed with Roberta Flack, Johnny Mathis, Carol Channing, the Smothers brothers, and many others. Amanda is included on VH1 Behind the Music in a feature about Marty Balin pf Jefferson Airplane fame, and can be seen playing next to Marty during a concert sequence. Amanda has performed solo with Vassar Clements, John Hartford, Bobby McFerrin, and Marty Balin (founder of Jefferson Airplane), along with local groups such as The Women’s Blues Review, and Full Moon Rodeo.

Doug Cameron is an excellent electric violinist who thus far has been content to perform mostly in the crossover and pop/jazz field. Growing up in New York, Cameron started on the violin when he was five. He developed quickly and was still in grammar school when he played in the Westchester Conservatory Orchestra and the New York State Youth Orchestra. He mostly studied classical music up to high school (including leading a group called the Baroque Bums), then became interested in improvising and was particularly fond of the recordings of the Allman Brothers. Attending the University of Buffalo, Cameronoften played in local clubs. One day Gregg Allman sat in and he was so impressed by Cameron that the violinist joined him for a tour and a recording. Graduating from college in 1978, Cameron settled in Los Angeles. Since then he has worked in the studios and with such musicians as David Benoit, George Benson, Earth, Wind & Fire, Doc Severinson's fusion band Xebron, Jose Feliciano and many others. As a leader, Doug Cameron has emphasized instrumental pop in his music, recording sets for Spindletop (starting in 1986), Narada Equinox and Higher Octave.​ 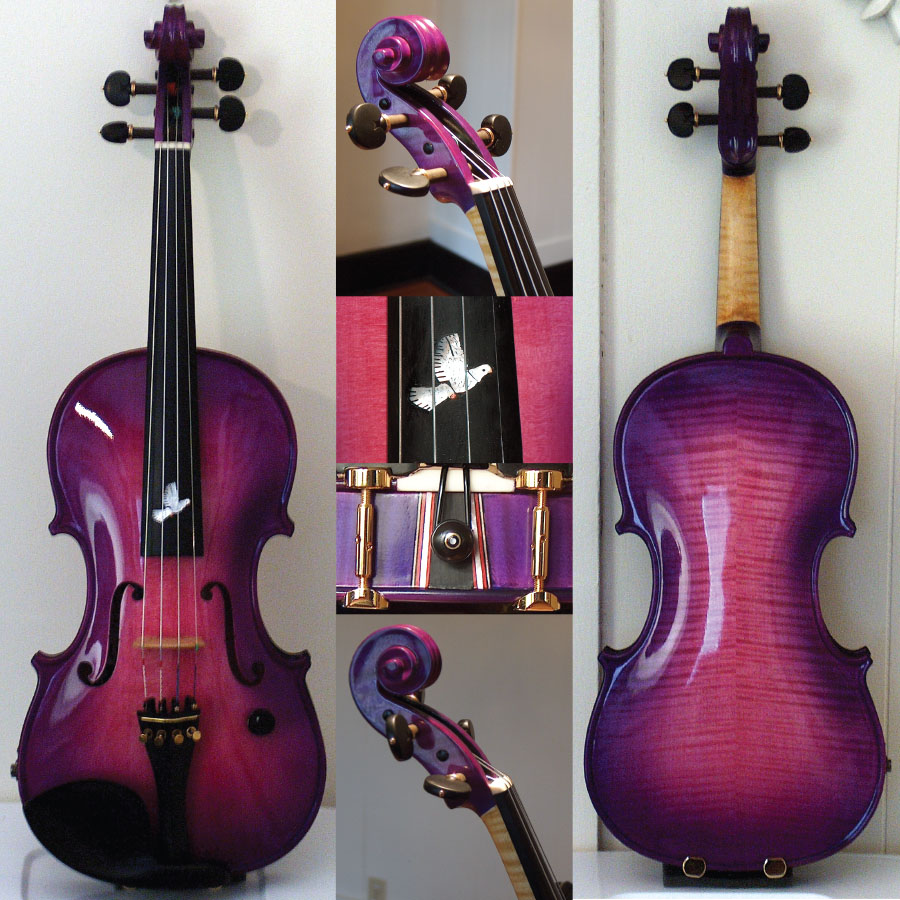 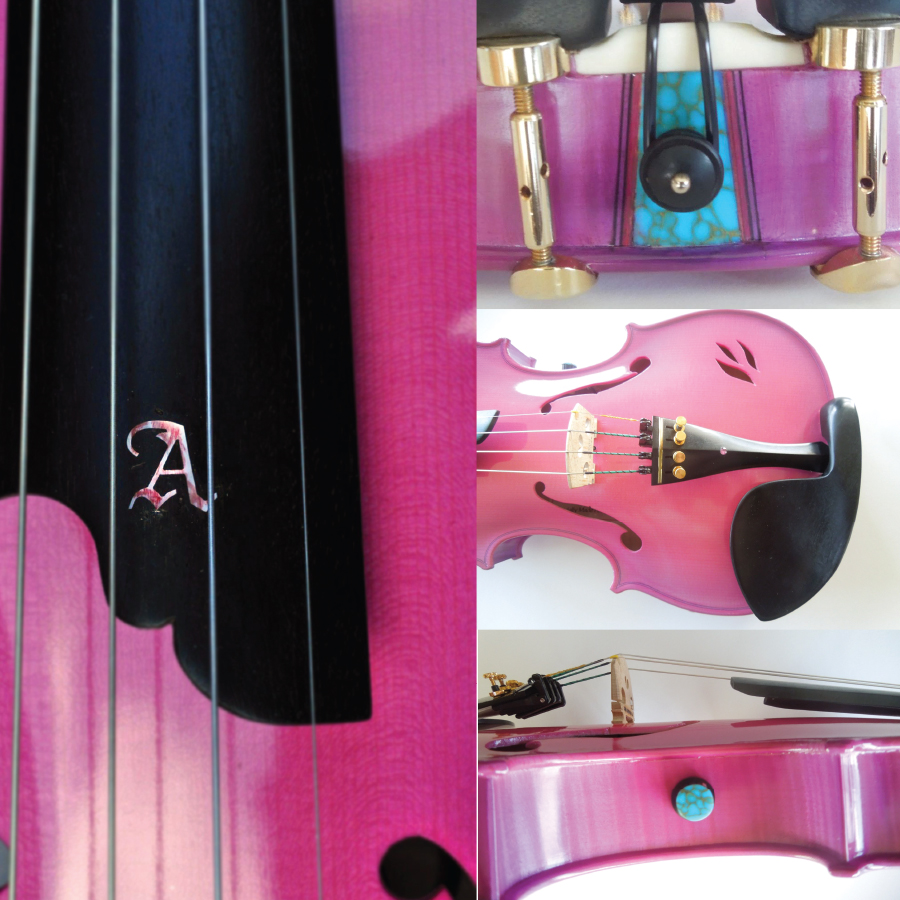 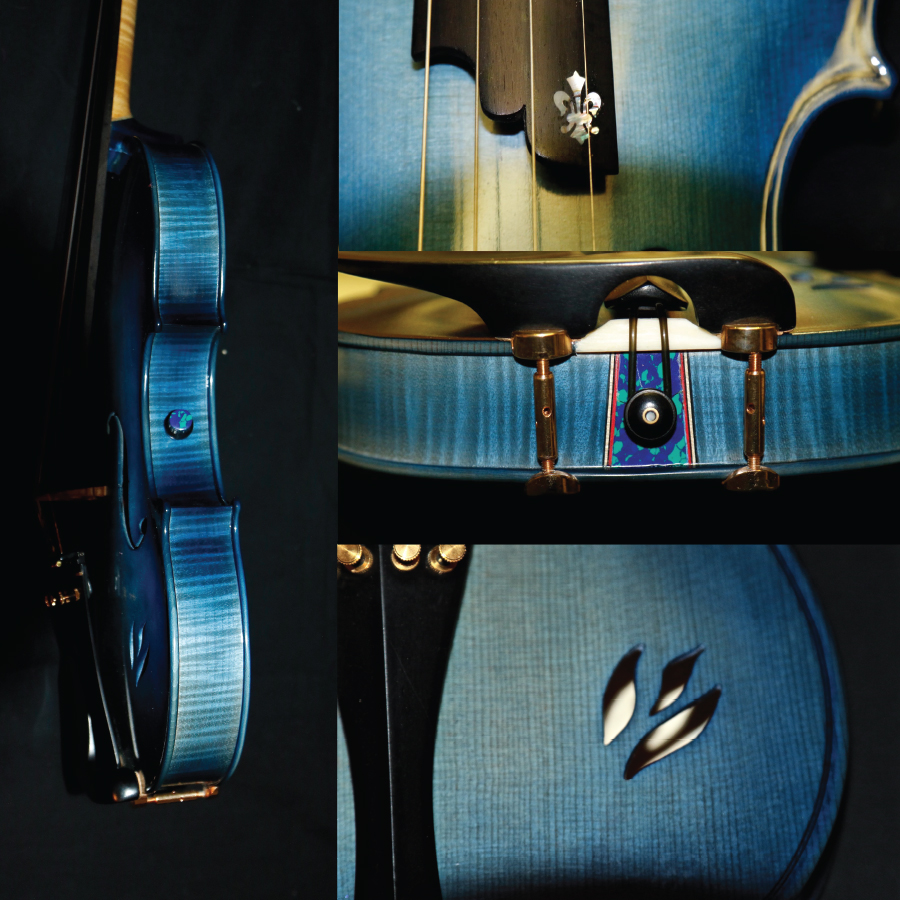 Alex Cameron is the son of well known violinist Doug Cameron. Young Alex plays professional violin and accompanies his father on the main stage. Doug, recently produced and arranged a version of Drake’s hit, God’s Plan featuring Alex.  He loves the song and the message Drake put forward on the video.  In 2019 Alex was selected to play Carnegie Hall with The Honor’s Orchestra.  Alex saw homeless people and wanted to give to them.  This has ALWAYS been in Alex’s heart. While on his visit to New York City, Doug produced a video of Alex playing the NYC streets and giving his street performing earning to the homeless.

This past January, Alex was selected to perform in the Sarasota Super Strings Program under the direction of famed violinist Itzhak Perlman.

Alex, is a huge fan of Mr. Pearlman and was able to have a private meeting with him. His advice to Alex was to "practice slowly."

You can find Alex playing his Importuno Violin 'Colbot' on the Cameron Family Tour. For more news, videos and to follow Alex, visit www.dougcameron.com

please call for a complimentary consult and quote 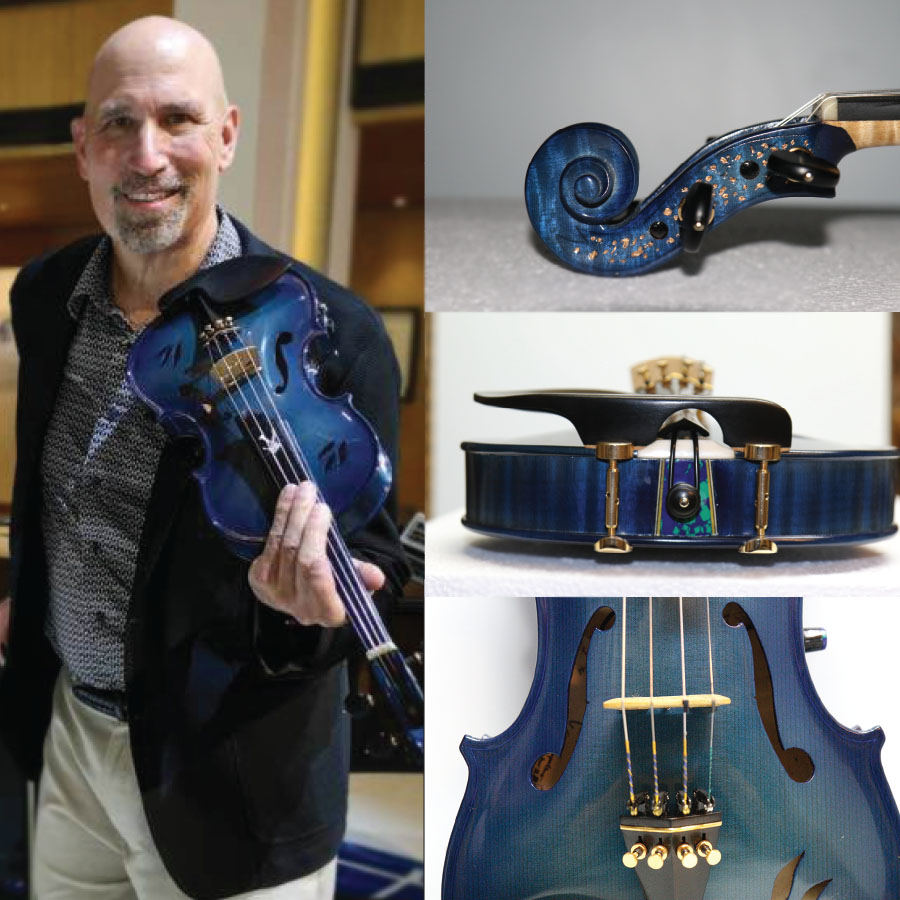